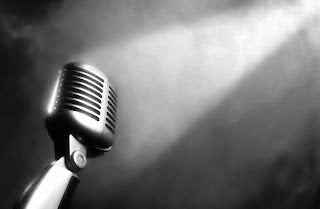 Thinking of trying your luck in one of those lame games of talent hunts? Now as you pull-up your socks, don’t forget to gather your armor and other artillery weapons also, for a fierce battle of proving self-superiority is awaiting your already vacillatory arrival. This is not for the wishy-washy kinds. Even if you are a brave heart and as you stand at the centre-stage, sweating and collecting yourself, you better watch out; as you could be attacked anytime by the sword of the tongue, unleashed, like it’s ready to run for your blood!

Talent hunts have literally become the MAHAYUDH of recent times, given the fact that they sire a situation wherein the contestant/participant is forced to encounter a do or die circumstance. In the name of publicity gimmick, the judges don’t mind mouthing a few tear-jerking comments targeted straight to the psychology and self-respect of the poor contestant. Whoever gave these self-proclaimed MUSIC GODS, the license to inhumanity?

They give wings to the dreams of an element of anonymity and then brutally cut those wings in front of millions. Wouldn’t it be better to deselect them in the audition round/prelims itself if they were so very bad?? At least this will spare them from adopting an ostrich-like approach of hiding their faces in the sand when trying to take in the sympathy-prone, scornful or mortifying public glare.

The hurt caused psychologically could be worse than any physical pain. Is any one of THE JUDGES listening?

very very true...rem those gharana-fights in sa re ga ma?...or those alka vs. abhijeet in voice of india?..or those anu malik taunts in indian idol?...r we here to listen to machhi-bazar fights in the name of talent hunts??

all for the TRP shit!

thats true.. more than anything, we are forced to sit through fights between the judges now.. which are all made up, i'm sure. and these are the judges who are hugely popular but really under-talented and rely mostly on techno beats to sell an album.. and the worst bit of it is the baseless comments as you said. its unfortunate to see anu malik pretending that he can sing well.. or to see talented participants be told they are 'pitchy' by alisha chinai, whose number of hits havnt even touched double digits!!

I also can not tolerate those tears which I see due to blunt remarks of the judges.there are few who cares for their sentiments.
Screening should take place in isolation.