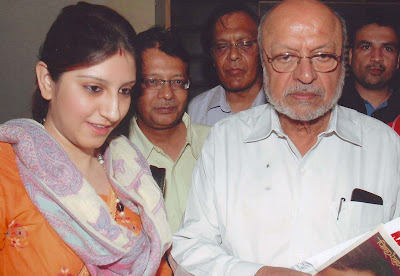 Got to meet Mr. Shyam Benegal in a recent inaugural ceremony of Cinevision Film Club in Indore. in spite of so many questions being asked, .some sensible, some tacky, he was very patient in fielding all of them with great maturity..

i fortunately got a chance to raise a query. ..i asked him how he managed to arrange for the finances for the art films he has devoted most of his career to...he said that though after toiling with the initial phase and so many years later in the film industry, it is now not a big issue for him to manage for the finances..

later in the evening i managed to catch him in a rather informal mode and asked for his blessings for our new company and took his autograph/photograph on one of my favorite books on poetry, which includes some of my compositions too...:) 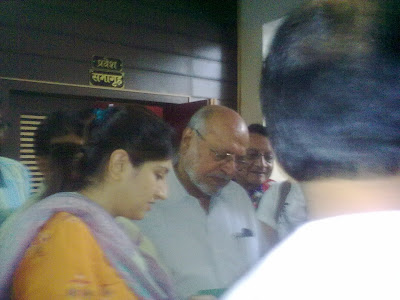 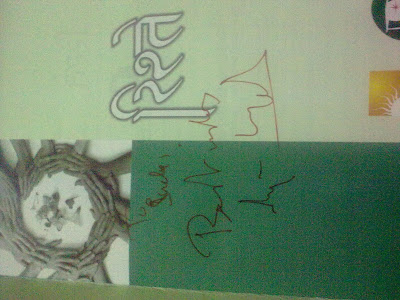 Congrats for advance blessings of a renouned director for your new company.!

He has rightly pointed out that initial struggle and contineous dedication in the field has made him comfortable in the profession.

His ideas are good but liked by sensible people only.


I really liked your questions. very sensible. And obviously Benegal's film-making sense and patience is worth appreciation. And I'm so, so glad that finally Indore is waking up to the culture of learning from the pros. Such seminars will gradually give our city more maturity to deal with professional media projects.