My Trip to Pachmarhi

The following video is a summary of my trip to Pachmarhi in January this year, which was part of a social service campaign organized by a philanthropist, fondly called ‘Bauji’ by everyone. I was very excited to volunteer and be a part of this social campaign, which saw a good amount of school girls of a remote village in Madhya Pradesh, as its beneficiaries. The school is free for all and only meant for girls of nearby villages.

Me along with some other volunteers had a great time for these five days, interacting with these village girls, who were not as ‘bholi-bhali’ as was shown in the old Sayara Bano films. Some were smart and some were naïve but far from being ‘dumb’.
But they all had a sad story to tell and were the real fighters. In spite of less or no support from the family, they looked forward to leading a beautiful and a happy life. Some were extremely poor, couldn’t even afford to have enough food, some were rich enough to afford education but were still were being sent to a free school. Why? Because ‘ladkiyo ko padhana zaroori nahi hai’ according to their parents. ‘per kyunki ye free ka school hai isiliye bhej rahe hai’.

Anyway, the experience was fabulous. Here’s what it looked like.
(kindly bear with the quality.)

In order to read a detailed version of the trip, check-out the following link..:)
http://sneharmonic.blogspot.com/2007/05/up-close-and-personal-with-nature.html 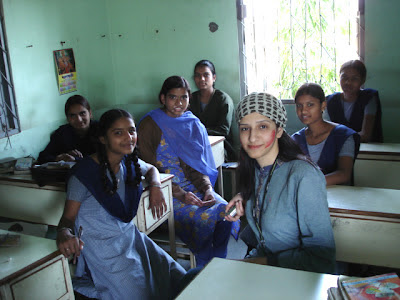 The school premises. The girls welcomed us with the colors of holi. 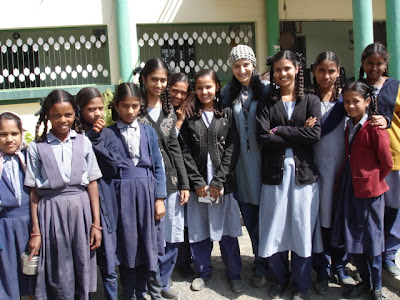 Check out another story on Pachmarhi at http://www.ghumakkar.com/2007/12/09/pachmarhi-elemental-high/ in your spare time.