i had a small informal presentation at a Rotary Club meeting last weekend on the theme of women empowerment..and though the main attraction for the audience was AN (Adrashya Nari), an hour before the presentation i thought of preparing a small teaser before starting off with the actual highlight. Good that i was carrying my laptop!

Posting it here for my friends who weren't present at the meeting... 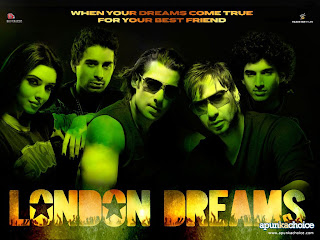 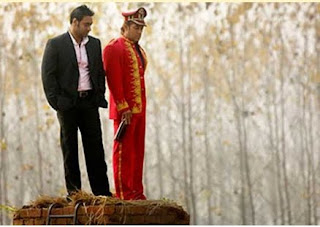 The movie had me all seated in an almost jam-packed theater in PVR yesterday for it had my sightly Salman laughing, frolicking and driving everyone crazy with his signature style on the big screen..and after Wanted, i guess the fans would promise yet again to be faithful to him as long as their Salman-hungry appetite are appeased this way.

Well, apart from Salman the movie had a plot similar to what each one of us might have experienced or might be experiencing at least once..may be not of as huge a magnitude as that, but we'll have it or have had it already to our lives.

Arjun has a dream and believes that God is eliminating the barriers between him and his goal, signaling His special blessing on him. While Arjun (Ajay Devgan) believes that he's destined to succeed and sees a crazy crowd cheering him on in his dreams , he seems to have misread God's omen and unknowingly writes the success story of his friend "Mannu" (Salman) instead, on the pages of history in place of himself where he duly deserves to be present as the protagonist. He sees the morning of his success but not without Mannu's silhouette rising in the way of him and the rising sun and to add more agony to his life, loses his lady love too to his friend. Frustrated, he 's hell-bent to see Mannu out of his way but fails to do so. By the time he realises what he's done, Mannu is already a star.

The movie entertained us but more than that, it indicated in its own small way, the biggest truth of mankind we need to be reminded of again - Even God surrenders before what He has written Himself for us - the blueprint of Destiny!

Food for thought - What if u were at Arjun's place? Would you have reacted deviously in the same way as him? or would have chosen to become a silent spectator of the strange game of destiny? Think over it.
Posted by ~S n E h A~ at 4:47 AM 7 comments: