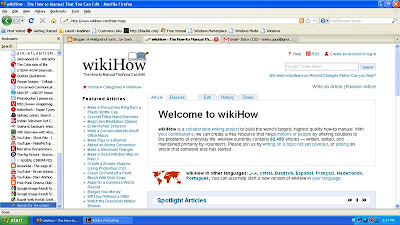 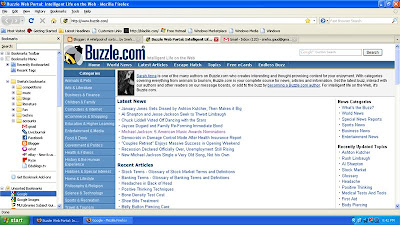 While surfing for the 'how-to' mannuals, i bumped into two interesting sites. Thought to share -

Wikihow - answers to all your 'how-to' queries..click the link, (Wikihow) type the keyword into the search engine and get umpteen 'how-to' manuals related to the keywords...

& Buzzle.com- interesting news stories and articles covering everything from animals to tourism.
Posted by ~S n E h A~ at 8:08 AM 5 comments:

International Festival to be held in Indore

Just wanted to share the news with friends and colleagues -

The commercial capital of Madhya Pradesh, Indore, will host the first 'Global Film Festival' to be organised in the city on the lines of Goa Film Festival from October 8-15.

During the festival, important national and international fame films will be exhibited and the best film, best actors and actresses will also be honoured for their good work, official sources said on Thursday.

The state has number of prominent religious, tourism and natural spots where film making process can be encouraged, the minister said.

The meeting also decided to invite national and international fame film personalities for taking part in the festival.

The Culture Secretary has already held a discussion with cinema halls and hotel owners in Indore in this regard and discussed modalities for showcasing the event, the sources added.

For any further information (hotel bookings, visitor's guide etc.) you can log on to -