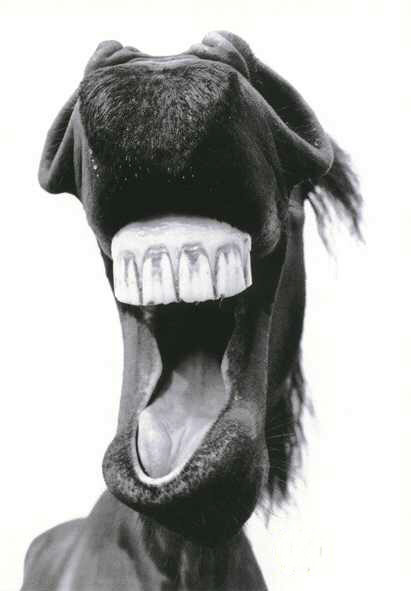 Hey girls! Listen up! I have a wonderful ornament added to my vanity. This, you don’t need to remove, so no need of brooding over its safety. What better place to store your essentials in than your body? And neither do you need to worry about your looks..because you know you look like the television superstar – our very own “jassi ji”..jiske jaisi koi nahi.. Trust me, it’ll be painful in the beginning to have it, but once you are the proud owner, nothing like it.. Oh..It’s a different matter I forgot the original look of my dearie dear teeth. Ok! I have a brace put on my teeth. Fine? And am wearing it since such a long time, I could well become the next iron & steel ambassador of this country!


While initially I ralphed at the thought of visiting my dentist, the clinic now has become a second home. Initially I used to dreadfully stare at the big tacky posters of bracy people with my mouth wide open (so much so, the entire universe could dwell in it).

But now sometimes when the treatment takes too long, I don’t even mind catching up on a siesta or even filing my nails while the most hateful person in my life, my dentist, performs his ‘kasai-giri’ or his so-called duty of dentistry.

Just to keep me reminded of where I am, the doc has to be hard on my teeth, making the pain unbearable sometimes. Just that. Nothing else. It only leaves me unable to have my meals for days and I have to survive on liquid intakes. See, my doc is so thoughtful! He’s keeping me on a diet! he he he..that is why I hate him so respectfully. (Only if I could get a needle of some anesthetic to stab him in the eye!) and to top it all, what a good breath he has! Sometimes when he forgets to wear the mask, it doesn’t bother him as much as it hurts my long nose. There’s no need of any anesthetic then. See, he’s so economical. Saving on the medicines so crucial to the patients!

And, and, and, he’s such multitasking personality! What should I say? He treats his patient, attends phone calls at the same time, talks ruthlessly to his assistant, and in the process drops the tools on the floor and without washing puts them back into the patient’s mouth. Eeyu! Squeamish, isn’t it?

Tried changing the dentist, but I was told the jaw treatment that I was undergoing had very few doctors.

Doctors are considered Gods. And when they just want to enjoy the title, without being one, they break the faith of millions who rely on them, harboring suspicion for the profession of dentistry.

I’ll miss my braces so much when they’re gone..and more than that my hateful dentist.
Posted by ~S n E h A~ at 3:45 AM

ekdum sahi bola...i've been a dental patient for 5 years...and i almost became a mental patient that time..:-D

really a tear-jerking description!!
well.. some tortures are physical while some are mental.. but the one that is both is called dental :)